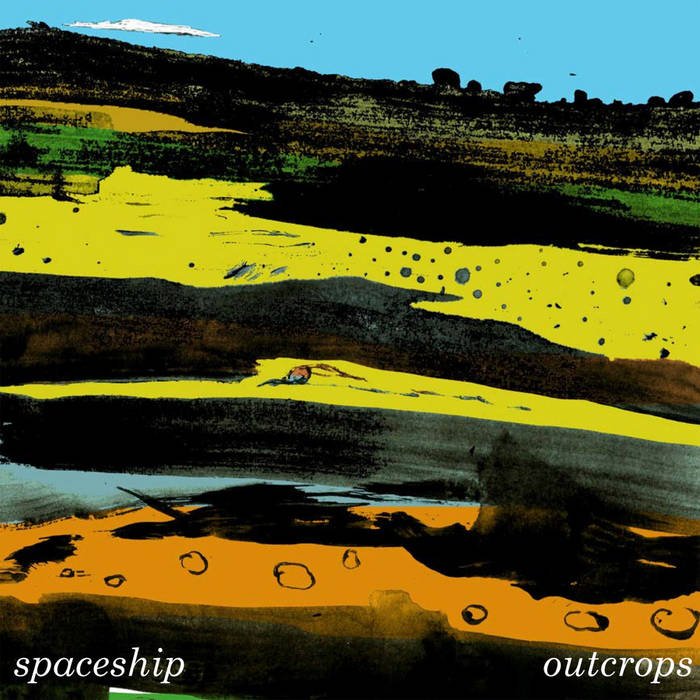 Focussing on a series of sandstone outcrops above the West Yorkshire town of Todmorden, Outcrops is an exploration of the geological history of the Upper Calder Valley and Cliviger Gorge. Revitalising an enthusiasm for geology that saw Williamson complete an undergraduate degree in Earth Science in the 1990s, each track was created to invoke a particular phase of that history, namely the interbedded sandstones and siltstones of the Millstone Grit, the formation of the Yorkshire coal measures and finally the glaciation of the valley during the last ice age.

The album was recorded in the field, in a series of small caves where Williamson created the pieces that make up the album whilst almost encased within the landscape he was describing. These recordings were then treated to minimal editing and post production in Williamson’s home studio at the base of the hills where the recordings were made. In this way the album becomes analogous to many of the local stone buildings, the materials from which they were built often having travelled just a few hundred yards to the site of the building’s final construction.

Finally, whereas last year’s The Last Days (The Dark Outside Recordings) was about Williamson leaving his Essex home of the last twelve years, Outcrops is about the discovery of somewhere new.