a hole in the ground 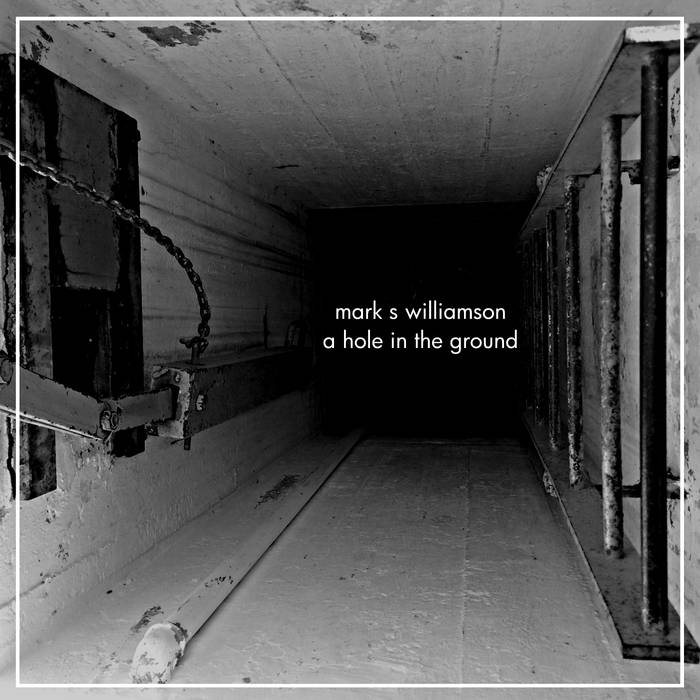 Between 2013 and 2015 Mark Williamson visited a number of former Royal Observer Corps posts, mainly close to his then home in Essex. These posts had been built during the Cold War to monitor fallout in the event of a nuclear attack.

“I’d learned about the posts whilst making the Spaceship album ‘Kelvedon Hatch’ and I had idea to visit some of these posts and make field recordings then use these raw recordings to produce pieces that evoked whatever I discovered. I soon realised the folly of attempting to find much in the way of ambient sound in a hole eight feet underground, but also discovered that, whatever state of repair the posts were in, there was usually something lying around that would make a sound.

After creating the pieces I devised a plan to interview ROC veterans and create an audio documentary but, despite amassing hours of interview recordings, I struggled to find a way to make it work. These pieces have languished on a hard drive ever since. Ultimately, I decided they shound be released as they are. Many of the sites are in a state of ruin. Either bare concrete shells or vandalised and plundered. It was rare to find any traces of the equipment that would’ve been used to detect the power and direction of a nuclear blast, or the wind direction to predict fallout. Yet there was still something ghostly, still a remembrance of the countless drills and practices that had taken place whilst the posts were active.

Like much Cold War architecture, these posts were little known at the time and have been treated poorly since the disbanding of the Corps in 1994. After these recordings were finished I was lucky enough to visit a couple of posts that had been restored and, after spending so much time in so many damp, filthy ruins, it was like time travel to enter an identical space down the same ladder and find a fully restored and equipped post.

So this is a monument to the mainly forgotten volunteers of the Royal Observer Corp. Men and women who, as the posts were not bunkers, not fully protected from radiation, would’ve been willing to sacrifice their lives for the survival of others.

One day, perhaps, I will figure out how to use the interviews I recorded and will tell the story in more detail but for now, this is A Hole in the Ground.” Mark S Williamson, Todmorden, July 2020.

Recorded and produced by mark s williamson. All tracks created from sounds found at Royal Observer Corps posts, with the exception of ‘attack warning red’ which was processed from the message that would be broadcast to posts in the event of an imminent nuclear attack.