fields 2: from the sea to the moor via the forest and the stones 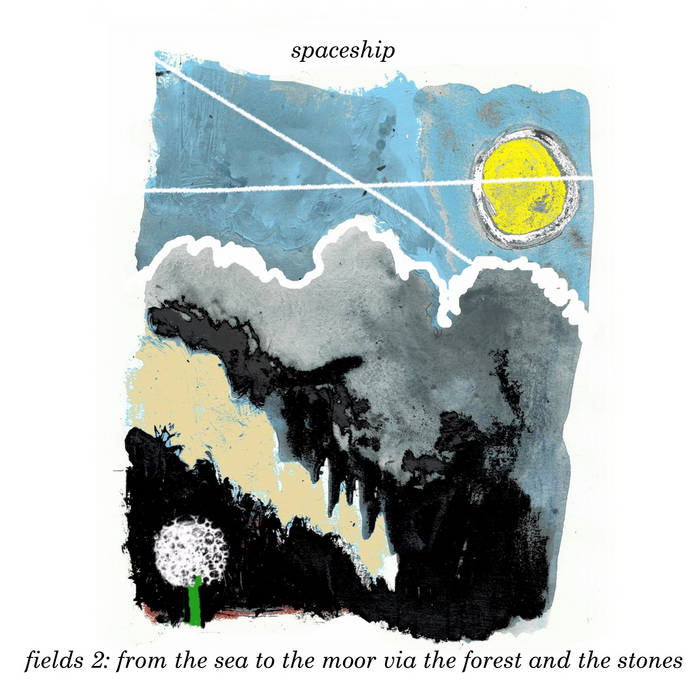 'The synergy between chance and place and the seamless conjunction of field recording and active performance here is wonderful.' Louder Than War

'The whole thing. is the gift that keeps giving.' Electronic Sound

'...works beautifully due to Williamson's expertise at stacking sympathetic sheets of sound.' The Wire

‘Fields 2: from the sea to the moor via the forest and the stones’ is the sixth LP from Mark Williamson's spaceship. The album is the follow up to 2016’s ‘Fields: churches & rivers’, described by The Wire as ‘[a] fine set of rough-hewn instrumentals’. As with that album, ‘Fields 2’ was recorded entirely on location, but where the first album used mainly acoustic instruments this is a predominantly synth lead affair.

The album’s nine drone based tracks were all recorded using a set-up of an iPad plugged into a portable speaker which was then recorded using the built in mics of a portable sound recorder. The pieces were layered, using the sound recorder’s multi-track function, to create an ever shifting, fully improvised, location specific piece. The locations are reflected in the moods of the pieces, the subtle differences in the scales and harmonies used. The only post-recording effect is the delay added to the alto recorder parts on a number of pieces.

The pieces themselves were recorded at a number of locations in England and Ireland over the spring and summer of 2017, the portability of the equipment allowing pieces to be created spontaneously when a suitably inspiring location was found.
Sprawling and ambitious, ‘Fields 2’ treads a fine, and deliberate, line between modern improvised drone music and new-age meditation LPs.

All recordings made in the field using iPad, alto recorder, and Zoom H4n.